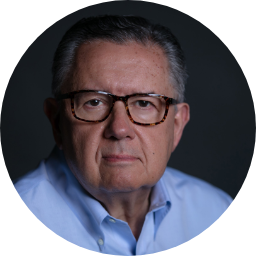 J. André de Barros Teixeira followed a very rich career in six continents as an executive, vice-president, president and general manager in multinationals, such as Coca-Cola, Campbell’s, Interbrew, and Goodman Fielder, as an expert consultant for Globalpraxis, and in government scientific research with CSIRO, in areas ranging from R&D and innovation to operations, business general management, and technology commercialization, as well as consulting in innovation.

André is now an entrepreneur, a partner in two European start-ups, an expert in the Science/Marketing interface, a consultant and keynote speaker in the areas of innovation, multiculturalism in business, global development, motivation, storytelling, ideation, the future of foods, humanistic values in management, international education, etc. He is a mentor and coach of CEOs and executives, a member of different boards, and guest lecturer and executive professor in business schools in Europe, Australia, and South America including the Antwerp Management School of the University of Antwerp, in Belgium, and the University of Fortaleza, Brazil. He created a technique for idea generation for innovation that has so far been used in more than thirty countries. André is the author of “The H(uman)MBA”, a humanistic management and leadership development program based on the Classics.

Since very early in his career, André has developed a keen interest in the combination of human values with the pursuit of entrepreneurial goals, also coupling his scientific research background with commercial outputs. A multicultural and multilingual global citizen, he has put into practice his unique combination of skills in innovation management with the power of ideating to uncover intriguing ideas. His mentoring and coaching in humanistic management are a solid starting point for teams or individuals to develop their individual purpose of happiness, while delivering on business results.

He is particularly keen on the use of the humanities in technical and business education and his other interests include French and Spanish-American literatures, English theatre, jazz and classical music, the philosophy of science, Fernando Pessoa, Leonard Cohen, languages, Soviet architecture, the Chinese cultural revolution, World War II, contemporary art and all things Italian, including its cuisine, its wines, and AS Roma. Having lived in North and South America, Eastern and Western Europe, Asia, Africa and Australia, he is a multilingual, Brazil-born, UK educated Belgian citizen, who now lives between Portugal and Belgium and has four children and two grandchildren.